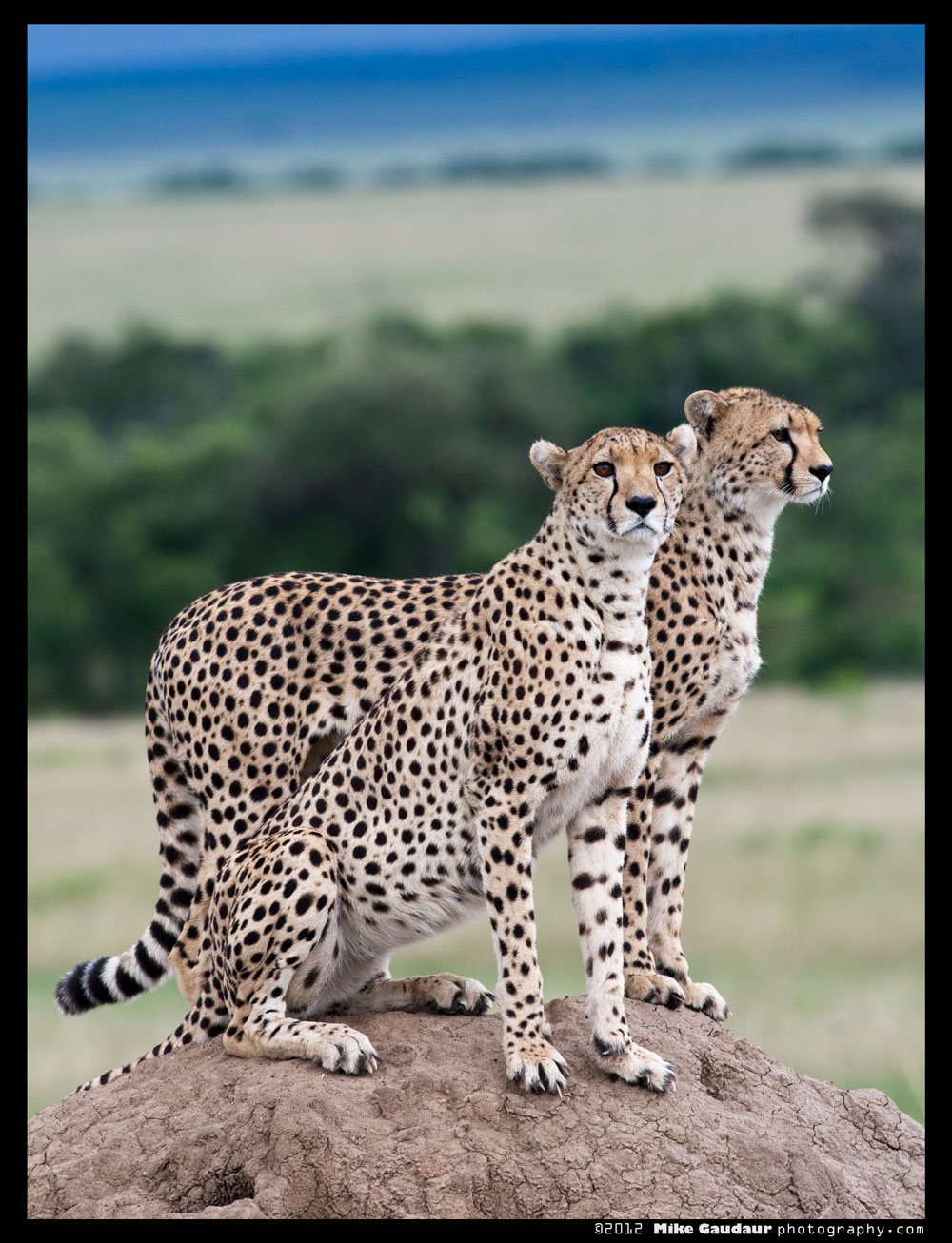 Cheetah brothers on a termite mound taken in low light.

As photographers we have conditioned ourselves to recognize beautiful light, to seek it out, and to direct all of our skill into capturing it. In the days of film you either nailed it, or failed. The early days of digital were much the same. But the game has changed. Good light just isn’t what it used to be.

A couple weeks ago I was in Masai Mara. If you have been following the news there recently you know that the place has been deluged. Terrific clouds have dumped huge quantities of rain. Dark rain clouds can make for amazing landscapes, but I hadn’t really considered them to be particularly great for capturing compelling animal portraits. In that respect I was quite mistaken. After being bombarded with the the low light claims of modern digital cameras I decided to try something new. I had no other choice really.

It was 6:30 pm. On the equator that means 15 minutes to sunset. However, there would be no sunset tonight. Heavy cloud had been obscuring the sun all afternoon. We would have been headed back to camp if it were not for three cheetahs (two brothers and their mom) that had risen from their afternoon nap and were on the prowl for dinner. The three hunters were headed directly into the wind. We noticed a large termite mound in their path so we maneuvered the Land Rover into position to intercept them as they reached it.

Sure enough, first one, and then the other brother, jumped up onto the mound and began to scan the horizon. Everything was set for great pictures except for the light. The light was fading fast, and was now so dim we could barely focus with our long lenses. To make matters even worse, they were facing east, away from the setting sun. In desperation I did two things I thought I knew were bad ideas; I set my shutter speed to 1/200th (too slow for a 400 mm lens), and set the ISO to 1000 (ugly noise for sure).

Well, despite my misgivings, most of my images were fairly sharp thanks to careful technique. I had created a nice little cradle for my lens by karate chopping my bean bag. I then used my left hand to firmly press the lens down into the groove I had created. I then gently rolled my finger over the trigger and set off a burst of three quick frames. Most of those three frame bursts had at least one or two tack sharp images.

Back home I pulled up the images in Lightroom and was presented with scores of flat, dull, lifeless cheetahs in front of a noisy sky. Pretty much what I expected. 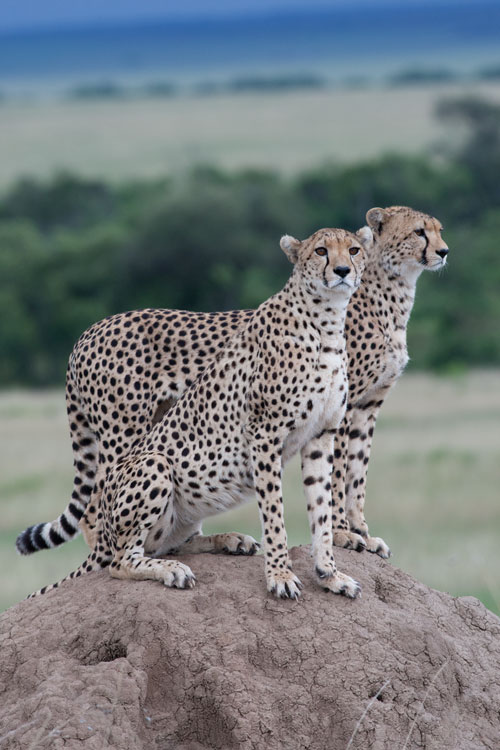 What I did not expect was how good a job Lightroom could do with transforming these images into really nice photographs. I began by warming the image up a little with the temp slider. A boost in the exposure slider shifted the histogram into proper position for the white point and dialing in a 7 on the black slider established some nice solid blacks.  Slight increases in brightness, contrast, clarity, and vibrance all enhanced the tone of the image and brought it to life.

I was pretty happy with how things were shaping up, but I still feared that noise would end up disqualifying this image as a ‘keeper’. In Lightroom’s detail panel I was pleasantly surprised to discover that a moderate increase in the color noise slider pretty much eliminated the noise in the smooth tones of the sky. An 8×10 inch print revealed absolutely no sign of noise (even when I was wearing my classes!).

So, lesson learned, bad light isn’t really bad light any more. This is especially good news on safari, because most animals are far more active when the light is at its worst.

Mike has lived in Kenya for 14 years and been on over 50 photo safaris.
View all posts by Mike →
This entry was posted in Masai Mara and tagged cheetah, high ISO, low light. Bookmark the permalink.