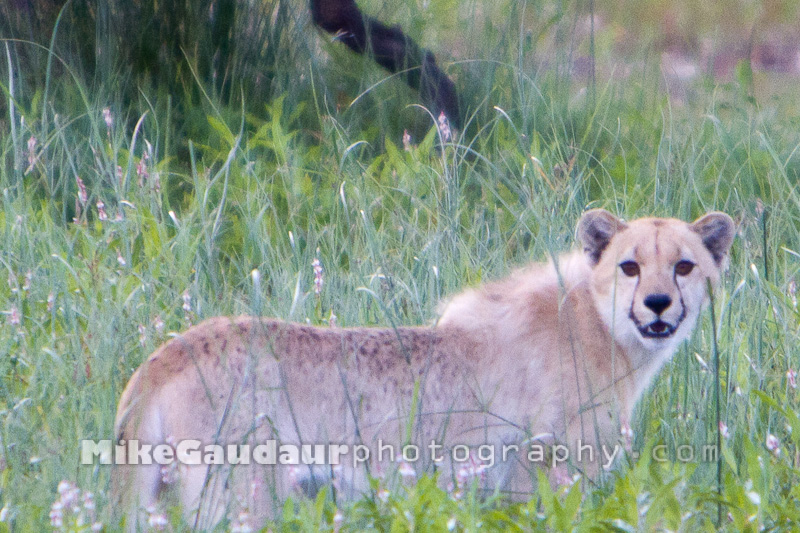 There is a lot of interest in morph animals on the web tonight. It seems that Guy Combs has photographed a spotless cheetah on a ranch near Athi River in Kenya. I am wondering if it is the same cheetah that I photographed near there two years ago.

It was April 15th, 2010. I was visiting friends on a private ranch near Athi River, just east of Nairobi, Kenya. I had a few days before I had to be back in the classroom at the international school where I teach. As always, I take advantage of every opportunity to get out into the African bush with my camera. On this particular safari a psychiatrist, Reed Johnson, was joining me (as my friend, not my doctor!).

We arrived at the ranch around mid day and right away we were informed that one of the other ranch residents had spotted a white, ‘spotless’ cheetah near the runway as she was landing her plane. Reed and I headed out in that direction to see what we could find. Several hours of driving back and forth around the area of the airstrip resulted in a mediocre picture of a very cool tree, but no cheetahs. The light was failing and we decided to head back to my friend’s place for supper. As we passed by the dam I caught a flicker of movement out of the corner of my eye. It was about 20m off the road. I stopped and we waited. Eventually two ears popped up out of the grass followed by the dark, tear stain markings distinctive only to cheetahs. 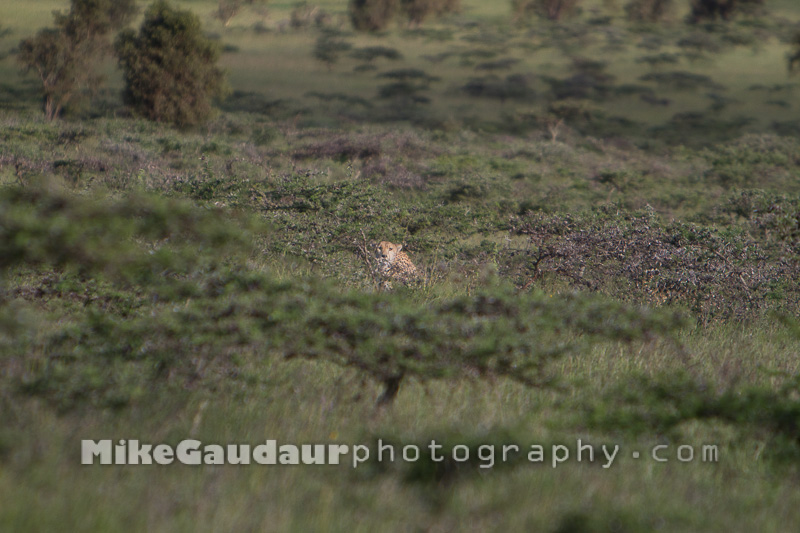 Eyes and ears of cheetah. 200mm lens with 2x converter.

Looking carefully through the lens I caught sight of a second cat further back in the bushes. It seemed to be paler than the first cat and very timid. We decided to move in for a closer look. 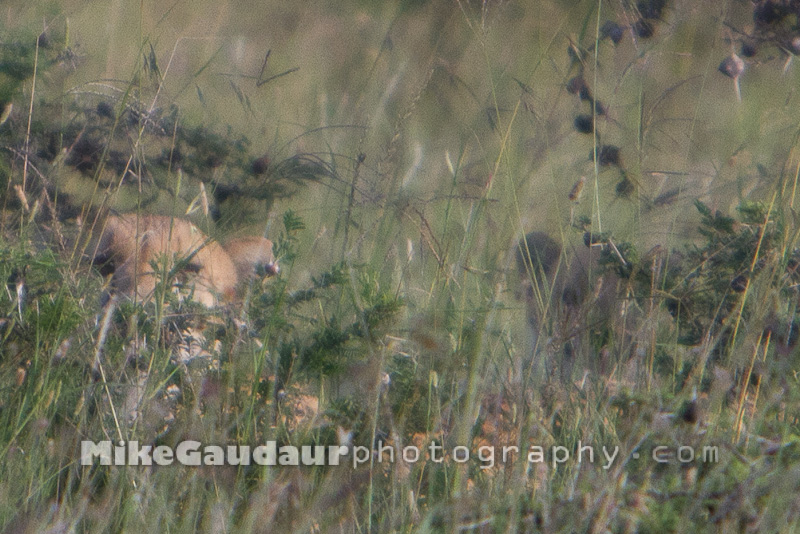 Look carefully to the right and you can see the pale face of a second cat.

As we moved in, the two cheetah started to slink away. It was then that we clearly saw that one of the cats was mostly white, with only a few speckles along the ridge of his back. 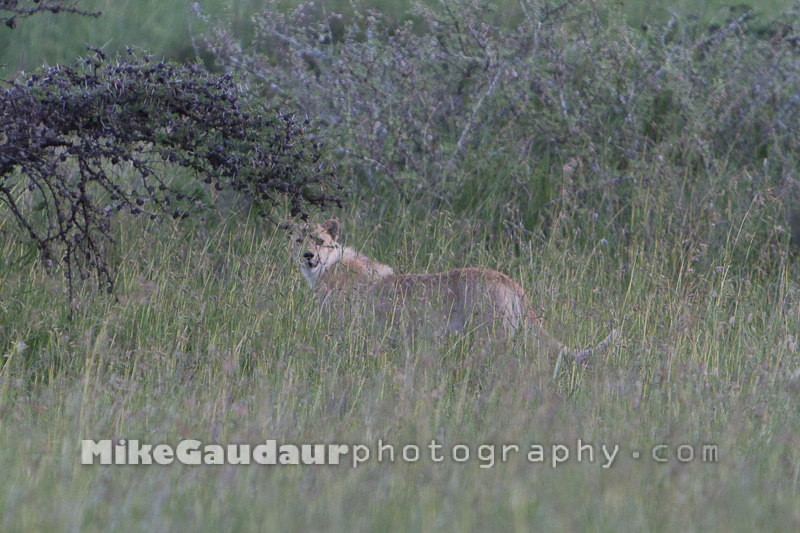 The pale cheetah stopped to take a good long look at us before moving into the thick brush.

At this point the adrenaline pumping through me was making it hard to hold the camera still. That in combination with the fact that Reed was now leaning over and steering from the passenger seat as I operated the pedals and continued to fire off shots of the receding cats. The pale cat stopped for a good look at us and I managed a mediocre picture of it. Then they moved off into the thick brush where we could not follow.

We thought the cats were gone and so I decided to snap a few shots of crowned cranes that were wading in the marshy area by the dam. As we sat there watching the cranes, both cats strolled right passed us; between my car and the cranes. That is when I captured this image of the spotless cheetah. 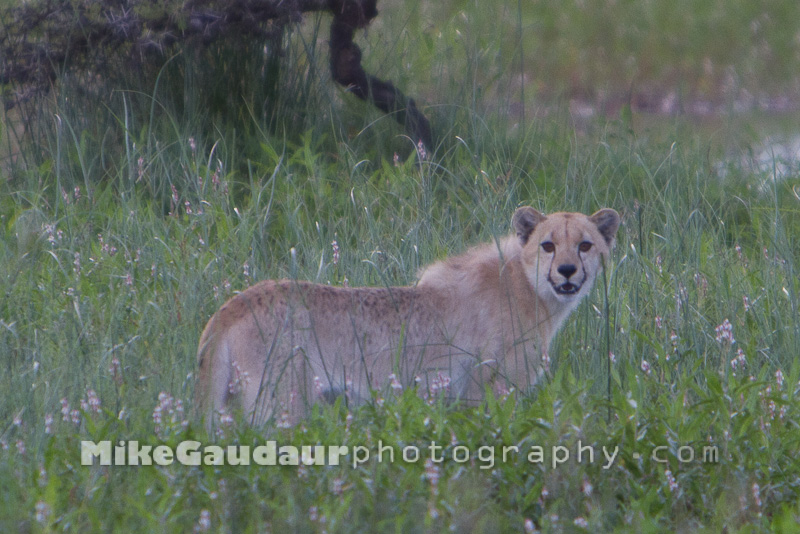 Here is the original RAW capture of spotless cheetah.

Please note that for the sake of authenticity, all of the images in this post are un-adjusted JPEGs of the original RAW files, except for the first image which has been brightened and sharpened.

Mike has lived in Kenya for 14 years and been on over 50 photo safaris.
View all posts by Mike →
This entry was posted in news, Swara Plains and tagged cheetah, Safari. Bookmark the permalink.